We're delighted to welcome new signings Shannon Morrissey and Rosanna Kiely to the club!Shannon began playing soccer with Cahir Park FC and played Gaynor Cup for 3 years with South Tipperary. She then signed for Cork City and was named vice captain for the 2019 U17 Women's National League season.Rosanna also started with Cahir Park FC and was part of the South Tipp Gaynor Cup team from 2015-2018.

She played with Clerihan FC for a year before signing with Cork City U17s in 2019.Welcome to Wexford Youths girls, very best of luck for the upcoming U19 Women's National League season! 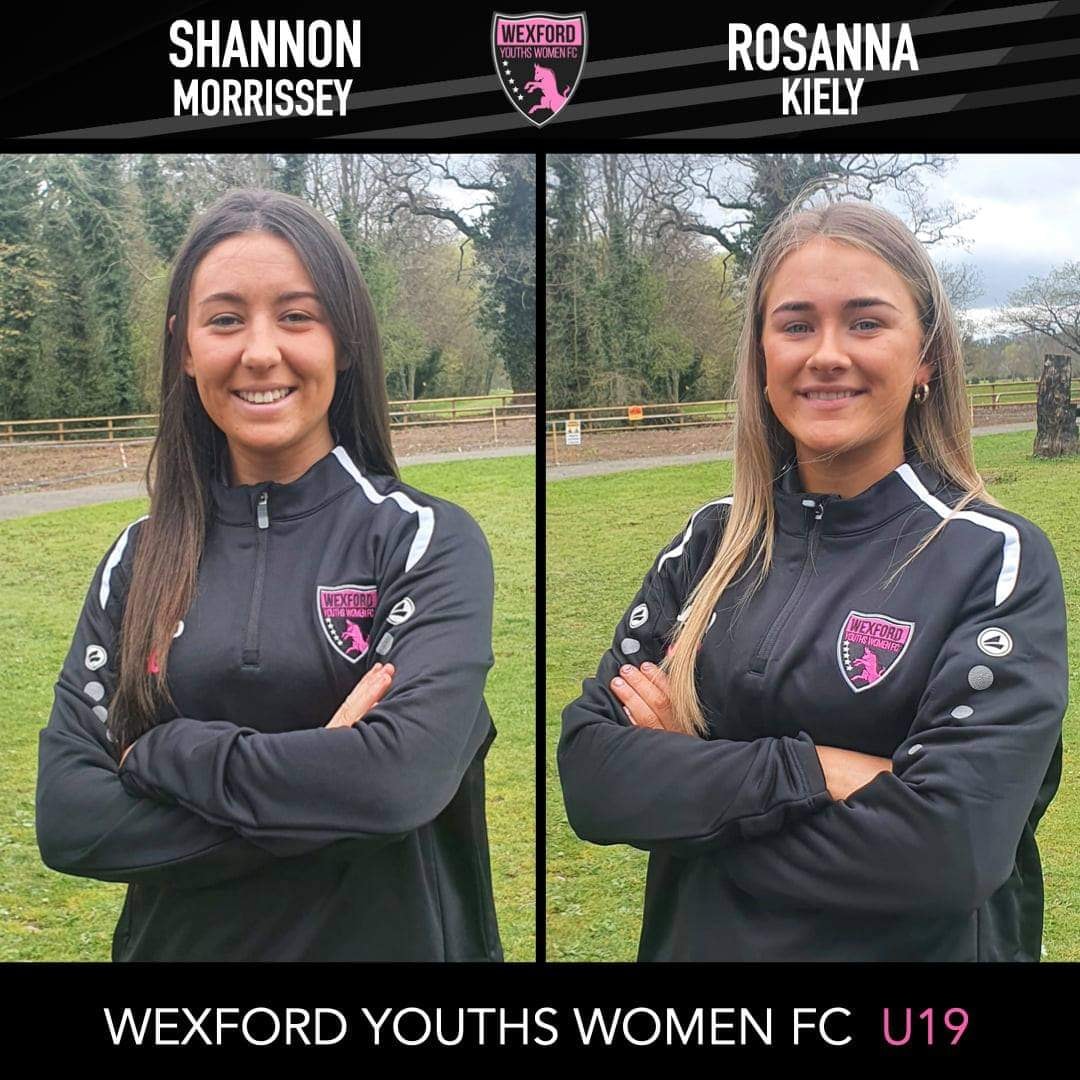