The Rebelettes, who won the top-flight crown in 2019, are also pitted with TG4 All-Ireland Senior Champions Dublin in Division 1B - with the counties set to meet in Round 2 of the League in an eagerly-anticipated clash.

Another Munster outfit, Waterford, are the fourth team in Division 1B, with Donegal, Galway, Mayo and Westmeath set to do battle in Division 1A.

The same semi-final principle will apply across the divisions, while the bottom placed teams in each group, with the exception of Divisions 4A and 4B, will take part in relegation play-offs.

Divisions 1, 2 and 3 will each see one county relegated, with the winners of the Finals in Divisions 2, 3 and 4 earning promotion.

Dublin, the four-in-a-row TG4 All-Ireland Senior winners, will commence their 2021 Lidl NFL campaign with a home fixture against Waterford, who they defeated in the 2020 Championship.

In Division 1A, there's a Connacht derby between Mayo and Galway to get the action underway, with Donegal at home to Westmeath.

In Division 2A, 2020 TG4 All-Ireland Intermediate winners Meath face off against Kerry in their opening game, with Clare at home to Wexford.

There's an all-Ulster Division 2B for the 2021 Lidl National League season, with Monaghan at home to Cavan and Tyrone hosting Armagh in the opening round of games.

In Division 3A, the action gets underway with Down at home to Sligo, while Fermanagh make the trip to Roscommon.

Division 3B is comprised entirely of Leinster teams, with Laois at home to Kildare, and Longford hosting Wicklow in Round 1.

In Division 4A, Leitrim entertain Louth in Round 1, with Derry at home to Antrim in an Ulster derby.

And in Division 4B, a three-team group, Carlow entertain Offaly in an all-Leinster affair in the opening round.

Limerick are afforded a bye in Round 1, before opening their season away to Offaly in Round 2.

There will then follow a two-week break ahead of the Lidl National League Finals - to be played on the weekend of June 26/27. 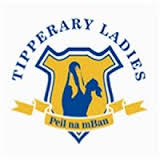