FILMING OF THE LAST DUEL FINISHES IN IRELAND

Following the excitement of Cahir Castle being used as the set for The Last Duel, the cast and crew for the film including Matt Damon and Jodie Comer have finished shooting in Ireland. With production having been paused due to Covid-19, the Ridley Scott directed movie worked in various locations around the country over the past few months, one of the first projects to recommence following the easing of restrictions, which saw Matt Damon in quarantine in Dalkey, where he was famously spotted sporting a SuperValu bag.

Set in the 14th Century during the reign of French King Charles VI, The Last Duel tells the story of best friends, played by Matt Damon and Adam Driver, who result in a duel with one another after one is accused of raping the other's wife. The big-budget production is due for release on 15th October 2021. 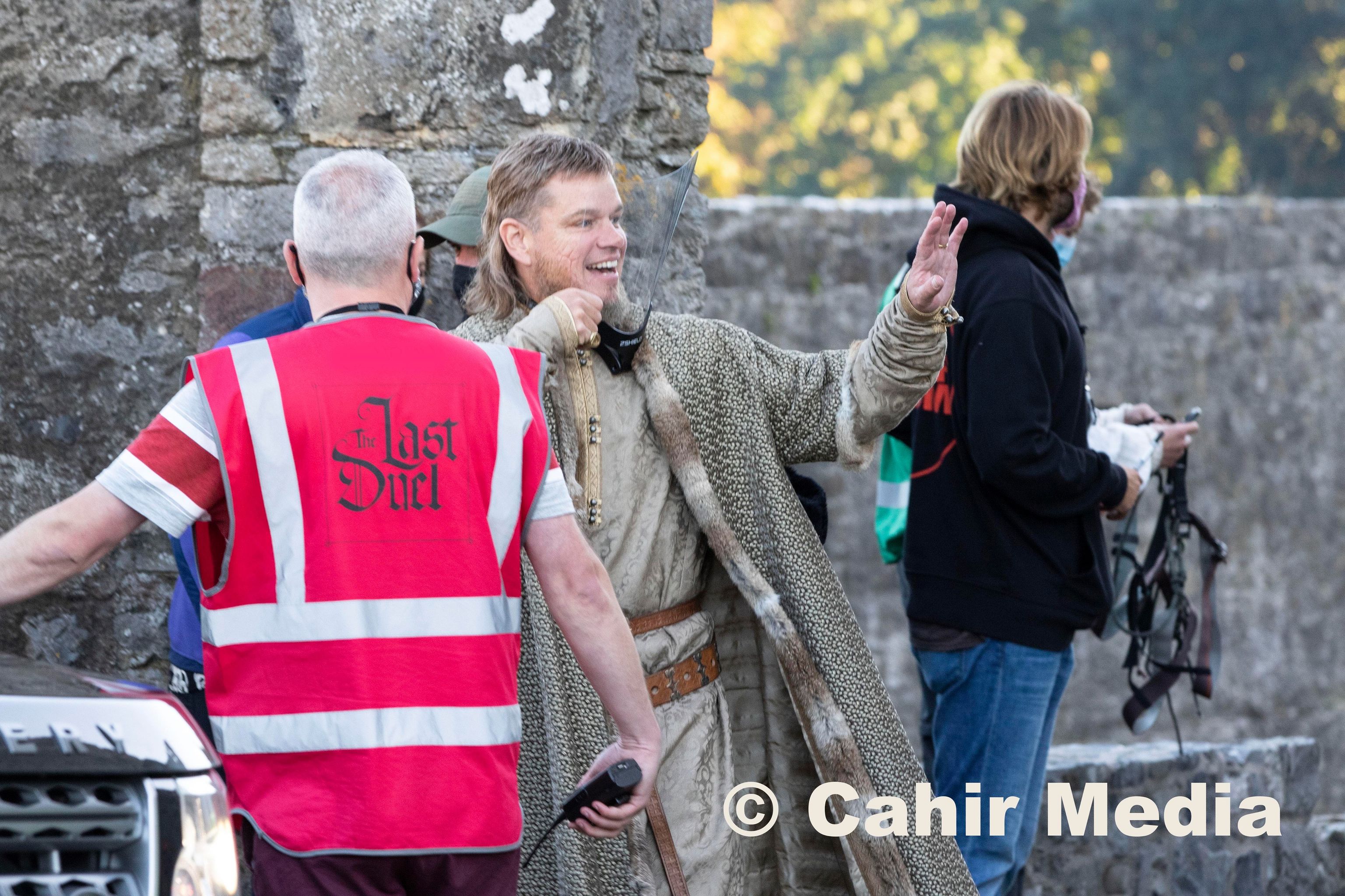 Friends of The Playground Cahir
November 07 2020

FILMING OF THE LAST DUEL FINISHES IN IRE
November 01 2020