Independent TD Mattie McGrath has called on the Department of Transport to act urgently to improve the nature of maritime investigations following a damning ruling from the European Court of Justice who ruled against Ireland for fundamentally breaching European Law in the constitution of the Country's Marine Casualty Investigation Board.
In a judgment issued late last week, the European Court of Justice (ECJ) said the Marine Casualty Investigation Board's (MCIB) independence is “not guaranteed” and takes issue with the fact that the five-person MCIB board includes the Department of Transport secretary-general, or his or her deputy, and the Marine Survey Office (MSO) chief surveyor.
Following his work with Golden Woman Anne Marie O'Brien, the sister of John O Brien who drowned off Helvick Head in July 2010 with his friend and fellow Tipperary Man Pat Esmonde, Deputy McGrath last year introduced the Merchant Shipping (Investigation of Marine Casualties) (Amendment) Bill 2019. This bill aimed to revise the requirements for composition of the Marine Casualty Investigation Board.
Speaking after the ruling Deputy McGrath stated that he will now be re-introducing his bill and calls on the government to act urgently to amend the situation.
“We very much welcome this ruling which is just confirming what I and many families of maritime tragedies already know and that is that the Marine Casualty Investigation Board is simply not independent or fit for purpose.” Said Deputy McGrath
“Following my work with Anne Marie, we sought to rectify the bizarre situation we now have where there is no legal obligation on the Minister for Transport to ensure that members of the MCIB have maritime or marine accident experience.
This has always been a major issue with the many families who have questions and concerns into the manner in which the investigation into their loved ones deaths were carried out and now that the European Court of Justice have confirmed that Ireland is not fulfilling its obligations under Article 8(1) of Directive 2009/18” governing the investigation of accidents in the maritime transport sector, the government has to act.
I will now seek to re-introduce this bill and have written to the Minister for Transport seeking an immediate meeting with Anne Marie O'Brien and International maritime expert Michael Kingston who accused the Department of Transport Tourism and Sport and the Marine Casualty Investigation Board (MCIB) of Misconduct in Public Office in respect of current marine tragedy investigations and has sought a criminal investigation into the matter.” Continued McGrath
Together with Mr. Kingston several victims' families have called for an immediate public enquiry into maritime investigations and the maritime safety framework and Deputy McGrath is supporting their call.
“It was shameful that the Department of Transport tried to defend their shocking failures at the European Court of Justice but now is the time to right this wrong and correct the composition of the Marine Casualty Investigation Board to ensure that it is impartial and has sufficient expertise to carry out marine investigations and establish an inquiry into their previous investigations which so many families and maritime experts have concerns about.” Concluded McGrath
Pictured:
Michael Kingston, International Maritime Expert, Anne Marie O'Brien and Mattie McGrath TD who have called for a public enquiry into Maritime Investigations in Ireland. 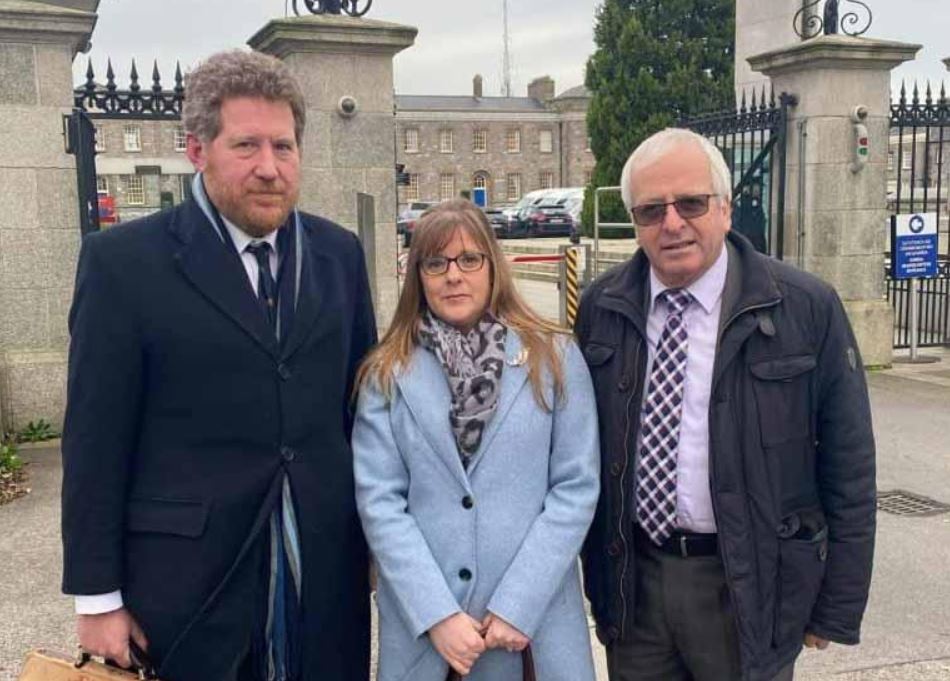