By PRO Joe Bracken - NEW TIPPERARY GAA CLUBS DRAW. The first draw in the New Tipperary GAA Clubs Draw will take place on Friday 18th September. The venue will be confirmed nearer to the time. All draw receipts have been posted to all members and each envelope will have included the following;

On a regular basis clubs will be sent a full list of payments received in Lár na Páirce office by post, bank card or on-line, and these will be credited to your club account.

All clubs have now received their Club starter packs for the new draw. If clubs need any extra documents contact the office in Lár na Páirce and they will get them out to you. If there is a change of co-ordinator in your club please notify the office immediately with the contact details.

The Friends of Tipperary Football are thrilled to launch their new Euro Millions lotto syndicate offering all members 840 chances to win the jackpot for only €20. To join please visit our website www.friendsoftipperaryfootball.com or ask any committee member.

Everyone who joins the syndicate will be part of a team who will share the winnings from every Euro Millions lotto draw over the duration of the syndicate and who knows, together, we might even hit the jackpot!

All funds raised will go directly towards the preparation of our inter-county teams from under-14 right up to senior as they seek to bring silverware back to the Premier county, in this the centenary year of Bloody Sunday. The effort that the players and management put into representing Tipperary is huge and they deserve all the support that we can give to allow them to reach their potential and achieve their dreams.

The Friends of Tipperary Football Euro Millions lotto syndicate will purchase entries in all the Euro Millions plus lotto draws from September 1, 2020, to April 29, 2021. The winnings with be distributed as per the terms and conditions.

Kelloggs GAA Cúl Camps will commence in Tipperary on Monday week, 20th July for six weeks to 28th August. Clubs, parents and especially children can now look forward to some much needed on-field activity. Understandably some clubs have decided not to host a camp in the circumstances, and that is very reasonable. Clubs that are going ahead are once again reminded that they should have in place all protocols around 'Covid-19' for which documentation has now been released to all clubs.

Some important points to note are;

Games Development staff will continue to liaise directly with camp coordinators. In the meantime for clubs hosting and participants attending we hope you all have an enjoyable and safe camp.

Kellogg launches nationwide competition with prizes worth €40,000 up for grabs for your local GAA club

From Ballyporeen to Borrisokane, all Tipperary GAA clubs are in with a chance of claiming incredible prizes as part of Kellogg's sponsorship of the Kellogg's GAA Cúl camps. Former Donegal GAA star and TG4 Cúl Camps TV show coach, Kevin Cassidy was on hand, with his children Aoife, Nia and Fionn, to launch the on-pack competition. Kellogg, now in its ninth year sponsoring the Kellogg's GAA Cúl Camps, has launched the nationwide on-pack promotion for all GAA clubs across the country to be in with a chance to win prizes worth €40,000 - their biggest on-pack prize offering ever.

At a time when fundraising has been limited, this provides GAA clubs with an incredible opportunity to claim great prizes through a simple mechanic. In order to nominate your club, all that is required is to pick up a promotional box of Kellogg's Corn Flakes, Rice Krispies or Bran Flakes. Using the unique on-pack code, log on to kelloggsculcamps.gaa.ie/competition and nominate the club of choice. Kellogg understands how vital these funds are to clubs across the country and as result, they have updated the entry requirements to allow all nominations into the final draw to win one of three cash prizes - €25,000, €10,000 or €5,000. Previously, only clubs with 1,000 nominations would be entered into the final draw.

Cassidy is currently one of a number of GAA stars appearing on the GAA Cúl Camp television show on TG4 as part of this year's Kellogg's GAA Cúl Camps. The television show offers a new way for children across the country to get involved in this year's Kellogg's GAA Cúl Camps if they are unable to attend a camp in person. The show is already underway on TG4 with record viewers and airs daily at 10.25am with a repeat show at 5.15pm, ensuring nobody misses out on the mix of drills, skills, games, nutrition and wellness. The innovative addition to this year's camps ensures that everyone can get involved as the show will be available on the TG4 player.  The show will continue to air until Friday, July 17th ahead of the return of camps on July 20th. To date, 57,801 children booked to attend a Kellogg's GAA Cúl Camp this summer. The Kellogg's GAA Cúl Camps are taking place in July and August with limited capacity still remaining on some camps - check out gaa.ie/kelloggsculcamps for the most up-to-date information.

Another first for Kellogg's GAA Cúl Camps this year, is that the highly sought-after kits will be available to purchase directly from the Cúl Camps website for those unable to attend a camp this year. The newly designed kit is priced at €35 (excluding postage & packing) and contains a zip top, jersey and a backpack.

Ruth Hughes, Kellogg's Market Head of Ireland said “We're immensely proud to offer communities across the country the chance to win some much-needed funds for their clubs during these difficult times. The Kellogg's GAA Cúl Camps have become a staple of Irish summers and we're delighted to partner with TG4 and the GAA on the innovative TV show before the camps return later this month with strict health and safety measures in place.”

GAA Cúl Camps co-ordinator Charlie Harrison added “There has been a huge amount of work and effort gone into making the Kellogg's GAA Cúl Camps happen this year and we are very grateful to Kellogg's for their continued support. The amazing Kellogg competition, the physical camp offering and the TG4 show ensures everyone can get involved from collecting codes from cereal boxes to rounding up the family for some daily exercise.”

Congratulations to Theo English, Marlfield and a legend of Tipperary hurling who celebrated his 90th birthday last weekend.


Tipperary Co. Board extends sympathy to those recently bereaved. To Therese Crowe and family on the passing of Fonzie Farrell, Slievenamon House, Leonia, New Jersey and late of Ballycurrane, Thurles.

Deepest sympathy also, to our own vice chairman Joe Kennedy and the Ryan family, on the death of Paddy Ryan, Cooneen House, Templederry.

The following is from a release by the GAA in Croke Park who will partner with Ballpoint Press to gather and publish grassroots stories.

A major drive is being launched to source and publish for the first time GAA stories from the grassroots of the Association.

The collaboration between the Association and publishers, Ballpoint Press Ltd., aims to gather the most comprehensive treasure trove of Gaelic-related stories ever compiled in the 136-year history of the GAA.

As well as the four corners of Ireland, stories will also be sought from across the globe, in particular from those who have been GAA frontier people in the USA, UK, Canada, Australia and many other countries.

The story gathering will include oral accounts so that all kind of stories can be written down for the first time in book form and also feature in the GAA's archives at Croke Park.

Potential contributors who feel they have a story but may not feel up to writing it can get in touch with Ballpoint Press and relate their account. It will then be written and sent back for approval before being submitted for final publishing.

This project and the resulting publication will complement the work undertaken by the GAA's Oral History Project, which was commissioned in 2009 as part of the Association's 125 celebrations.

The President of the GAA, John Horan, said he welcomed the exploration through the GAA grassroots to find the diversity of stories that undoubtedly exist there.

“The grassroots is the lifeblood of our organisation and it is timely that that such an undertaking is finally going ahead. I'm delighted because it means that there will be a permanent home for these stories in both book form as well in our own GAA archive section.”

Mr Cunningham said it had been an ambition of his for many years to bring what he believes is the “great legacy of GAA stories” together under one roof.

“GAA is a way of life for most Irish people at home and abroad. It is packed with diverse stories from on and off the pitch. I grew up listening to them and enjoying their re-telling but the reality is that many of these stories exist only in word of mouth form.

“At present we all have a bit more time to commit such stories to paper so that they can be preserved for future generations.

“We are looking for ordinary stories from the grassroots with twists and turns rather than plain historical accounts about clubs themselves or ancestors who just won medals or became famous. This is not a collection of how clubs were founded or run but about the people in them. Each club has written its own history - this collection is seeking the yarns and the exploits of its members on and off the field from times past right up to the present,” Cunningham explained.

For further information on how to get in touch see details on pj@gaastories.ie or communications@gaa.ie marked ‘GAA Stories' 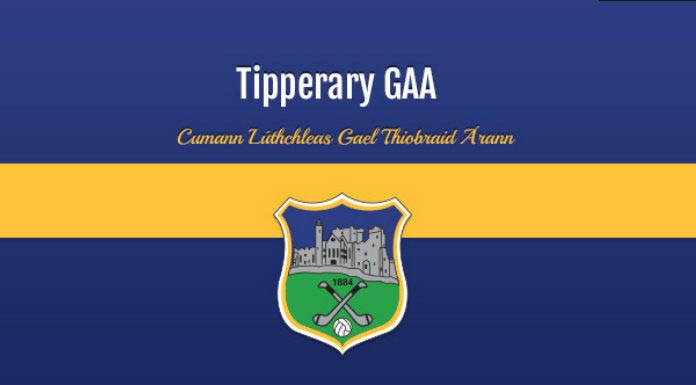