As the media is engulfed with warnings and advise about the Corona Virus, and rightly so, there were also words of encouragement and congratulations at the recent meeting of the Tipperary-Cahir-Cashel district council.

Councillor Andy Moloney asked the Chairman and his colleagues to pass a special word of congratulations to some members of the district who had excelled in their careers in recent months and years and it was only fitting that it should be recorded on the books of the Council.He paid tribute to Cahir based comedians and entertainers “The 2 Johnnies”who had recently sold out  a tour in Australia, America and Ireland and with their podcasts and humorous interventions on TV they were in America doing a film with RTÉ.

There success is an inspiration to many and of great entertainment to many of its followers. He hoped that Noel Furlong along with Maura and Laura will keep them on track for further success.

Tributes were also paid to Ronan Casey of Ginchy Terrace, son of Carmel and Tim who along with Frank Dawn, Ballylooby won World titles with their club and country at the recent World Tug of War championships held this year in Donegal. Many Many sacrifices were made by the boys in trying to achieve this feat and long hours of training and driving up and down the country to train was rewarded in February. Ronan has to lose 31kgs (4.8stone) to make the weight for the competition.

The final proposal of congrats went to Eoin O Donoghue of Cahir. Eoin was in college in Tralee and was well known for his DJ slots on Tipp mid west radio. Eoin did a documentary that was accepted for the Toronto Irish Film Festival and while Eoin was in Canada for the event , he wished him luck but the real success was getting accepted for such an honor no matter what the result.A letter of congrats would be sent from the Council and their achievements recorded in the minutes. Councillor Moloney claimed that it might be the only avenue open to us to acknowledge their work but it was important to do so. He wished them well in their future endeavors as challenging times lie ahead and thanked his colleagues for supporting the Motion of congratulations. 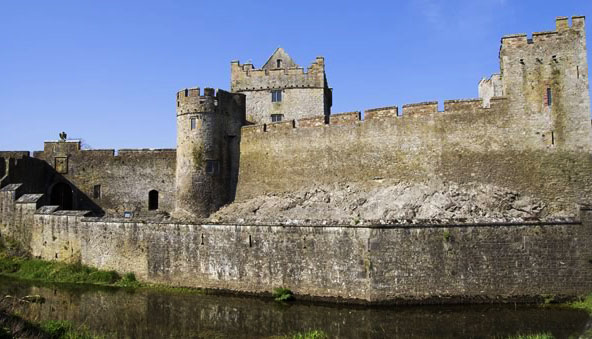