Tipperary senior football manager David Power has today announced his panel of players for the upcoming Allianz football league campaign which kicks off this coming Saturday evening when Tipperary welcome Down to FBD Semple Stadium for their opening game at 5pm.

In total there are 16 clubs represented from across all four divisions of the county with a total of 38 players making the cut for what is expected to be a very competitive Division 3 campaign. The management team have also named Ballyporeen's Conor Sweeney as the team captain for 2023 with Ballina's Steven O'Brien being handed the role of Vice Captain.

Following their opening game against Down on January 28th, the Tipperary senior footballers will play a further two games at home to Antrim and Offaly, with away trips to Cavan, Longford, Fermanagh and Westmeath in their last game which is scheduled to take place on Sunday March 26th.

The Tipperary senior football panel in full is:

It has also been announced today that Tipperary senior footballer Robbie Kiely has decided to retire from Senior Inter County football after 11 years playing at the highest level for his county. Having won a Munster under 21 title in 2010 when Tipperary defeated Kerry in that year's final under the lights in Tralee, Robbie made his championship debut against Louth in 2011, from there he went on to play a pivotal role for his team and made a major contribution in every game he played. In 2020 Tipperary captured the Munster senior football title for the first time in 85 years when they defeated Cork by 0-17 to 0-14 and Robbie was again to the fore in that game.

Speaking on hearing the news of Robbie's retirement, Tipperary senior football manager David Power said “I would like to pay tribute to one of Tipperary football's greatest servants, Robbie Kiely, who has retired from intercounty football.

Robbie was one of our greatest and most talented players, with a deserved Munster u21 title win in 2010 earmarking his serious talent.

He was pleasure to work with, a player that hugely contributed to Tipperary football. His starring role at half back in the Munster final win of 2020 set him apart. After making his senior debut in 2011 he deservedly received an All Star nomination in 2016.

Robbie played a key role in 2020, helping the team to their first Munster title in 85 years. His commitment was such that he frequently travelled the byroads of Ireland, mostly from West Cork to Thurles, making four-round trips to and from training, to wear the Tipperary football jersey.

I was delighted that I had opportunity to manage him and wish him well in his retirement.

Adding to David's words, Tipperary Football Committee Chairman Conor O'Dwyer said “Robbie has been a terrific servant to Tipperary Football for a number of years and can be extremely proud of the contribution he has made in that time. He has had a central role in some of the greatest days in our football history, most notably in the Munster final success of 2020. All involved in football in the premier county will no doubt wish him all the very best in whatever the future holds

Tipperary GAA and the Tipperary Football Committee wish to thank Robbie for his outstanding commitment to the blue and gold jersey throughout both his underage and adult career and wish him all the very best in his future life.

Robbie does not wish to add anything further to the above and we ask that you respect his wishes. 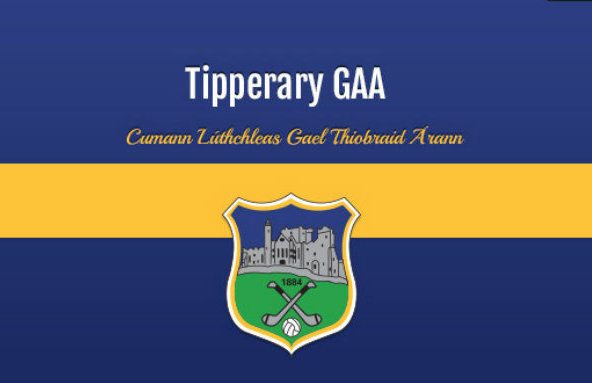