The Irish Tricolour stands tall over the grave of Patrick English at Whitechurch Cemetery, just outside Cahir, marking 100 years since the I.R.A. volunteer and Rehill native was killed in action. Patrick English was killed during the Civil War in Ireland. Interestingly, and not uncommon, his brother William English was serving at the time in the Free State Army. His death came with great sadness, for he was extremely well liked, and was of a very quiet disposition. 100 years on, in this decade of centenaries, his memory lives on, with his descendants gathering at his graveside on the eve of his 100th Anniversary to remember their ancestor.

Three successive generations of the English family gathered to remember Patrick, for whom a large crowd turned out at his funeral. Newspaper reports from the time show the level of respect and admiration that was had for him, with a guard of honour from other Volunteers, I.R.A. members acting as pallbearers, members of Cumann na mBan following the hearse to the cemetery wearing mourning armlets surmounted by the tricolour. 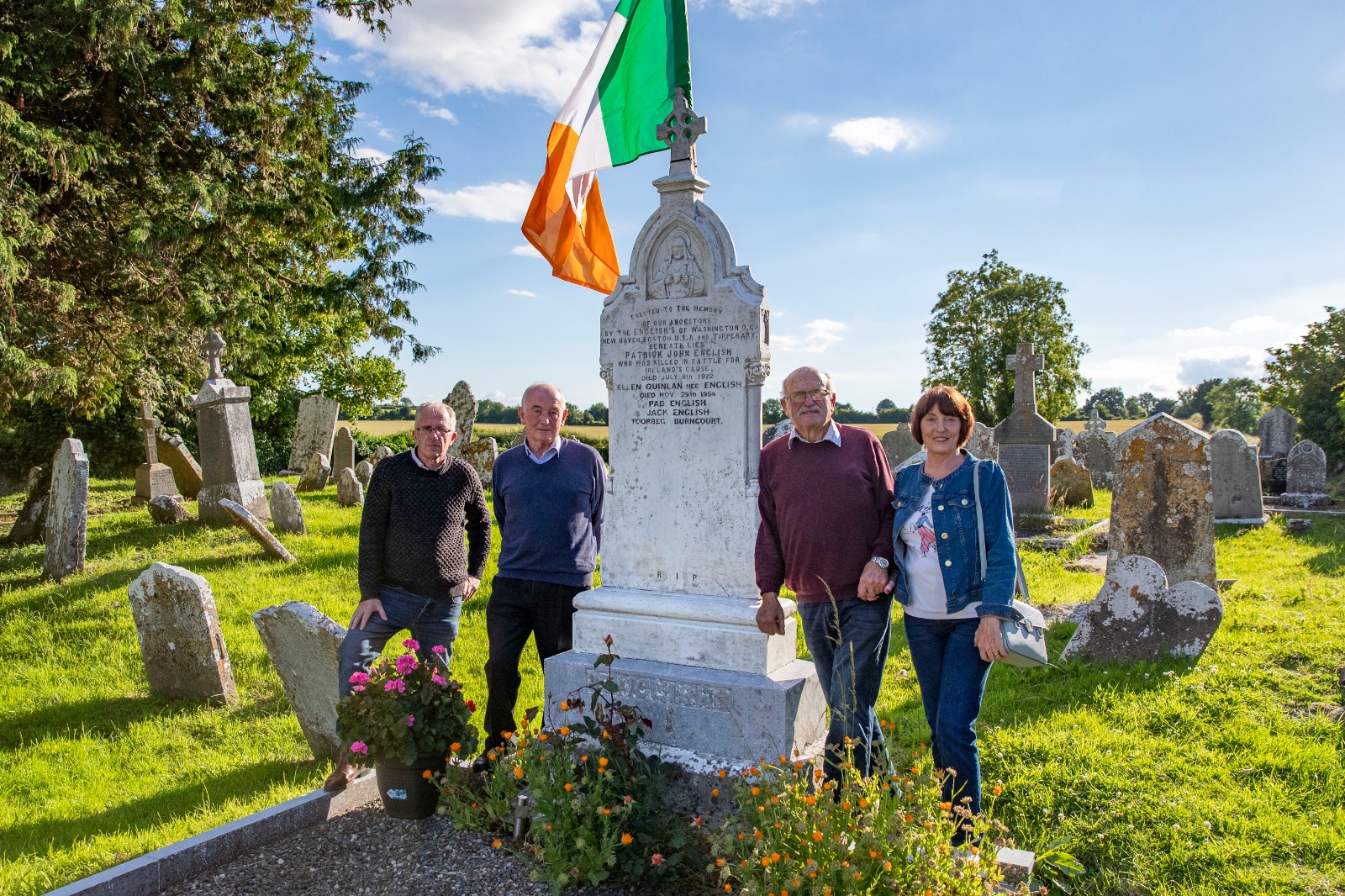