U15 A Minor Cup Munster Semi Final Result CDI CAHIR 3- 1 ERSS CARRICK (AET). Well done to our under 15 soccer side who reached the U15 A Munster final, defeating ERSS Carrick 3-1 today in Cahir Park. Rowan Barrett lit up proceedings with a hat trick to win the game for his side.

Cahir began brightly and were rewarded within the first ten minutes after a quick move between Luke Morrissey, Rowan Barrett, Josh Davey and Leigh Murphy resulted in Murphy being taken down in the opposition box. Barrett stepped up and slotted home 1-0. Cahir would create further chances throughout the first half with Josh O Dwyer, Josh Davey and Rowan Barrett having good chances to score, the Carrick keeper standing firm making some fabulous saves.

Cahir led deservedly at half time, Daniels Lakis not really being tested and began the second half nervously, neither side really controlling the play. Carrick battled gamely and were awarded a deserved penalty, Cahir now down to 10 men. Daniels Lakis could do nothing with the spot kick and the CDI men looked well up against it.

Being down to 10 seemed to wake them up, Josh Davey and Leigh Murphy forcing eye catching saves from the opposition goalkeeper, Tadgh Browne and Padraig Farrell unlucky to not finish two set piece opportunities.

The 10 men geared up for extra time once more, the midfield covering extra ordinary ground, exemplified by Cian Collins who performed exceptionally and ran himself into the ground. Both sides reach the midway point of extra time level, however Barrett had other ideas rather then letting a penalty shootout take place.

He picked up the ball inside his own half with 7 minutes remaining, taking flight leaving defenders in his wake. After a quick one two with Cian Collins and Leigh Murphy moving into space, Barrett guided home a lovely finish leaving the Carrick keeper stranded. Rather then sitting back Cahir pushed forward, this time Barrett received the ball on the left hand side of the pitch between his 18 yard box and the half way line. Dribbling past 5 Carrick defenders, he rifled a fantastic strike past the Carrick goalkeeper to put the game beyond all doubt.

Cahir will now face the winners of Douglas or Rochestown.Well done boys, fantastic achievement for our school competing against some of the biggest schools in the country 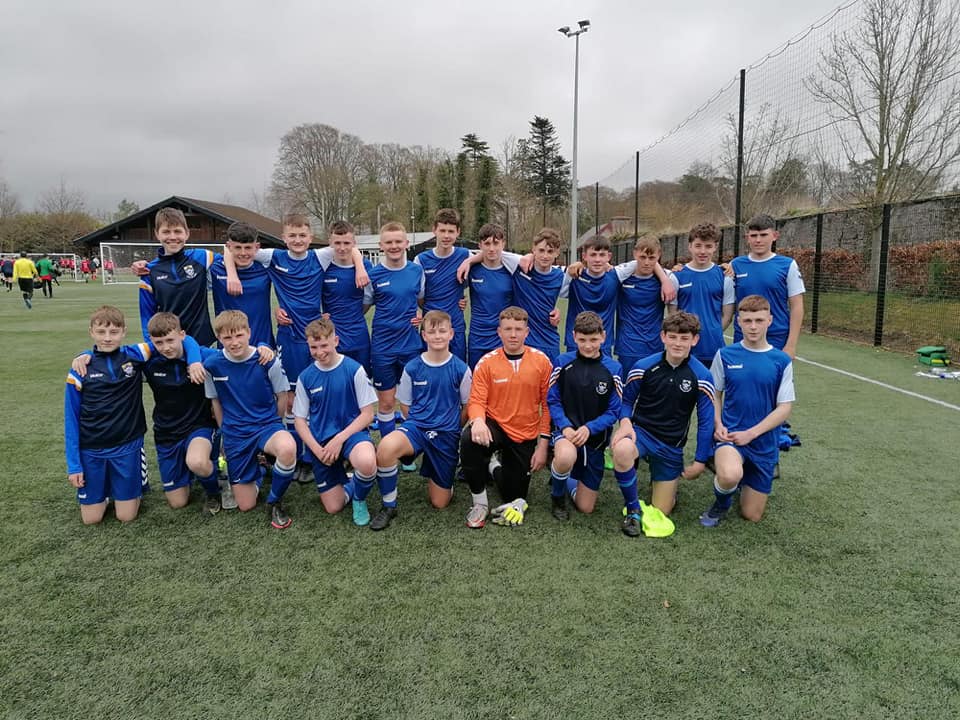 Cahir Park Ladies Back on the Pitch
February 11 2022

Cahir Park Ladies Back on the Pitch