Newhill, Two Mile Borris was the venue yesterday for the u14 Tipperary Cup final and what an unbelievable Tipperary Cup final it turned out to be. It is testament to the hard work put in by everyone when you see the epic battle that took place between Clonmel Town and Cahir Park.

From kick off on a lovely day the girls on both sides were in flying form. There was nothing between them and this was evident throughout the game. Eire Grace broke through the Clonmel defense to put Cahir ahead and Clonmel Town's persistence paid off when the equaliser came forcing the game into extra time. Tired bodies were back on the pitch and again there was nothing separating the teams which forced us to a penalty shootout.

This fantastic group of girls stood up to the final task of the day in the shootout. A special mention must go to Lucy Caplice between the posts who saved three penalties before Sienna Ferris calmly stepped up to score the final penalty to make us Tipperary Cup Champions.

Captain Zoë Conway accepted the Cup on behalf of her team mates and was also awarded Player of the Match. Thanks to a great Clonmel Town team for the fantastic game, to Borris St Kevins for the super facilities and especially to our girls and parents, the unsung heroes for their ongoing support and hard work. 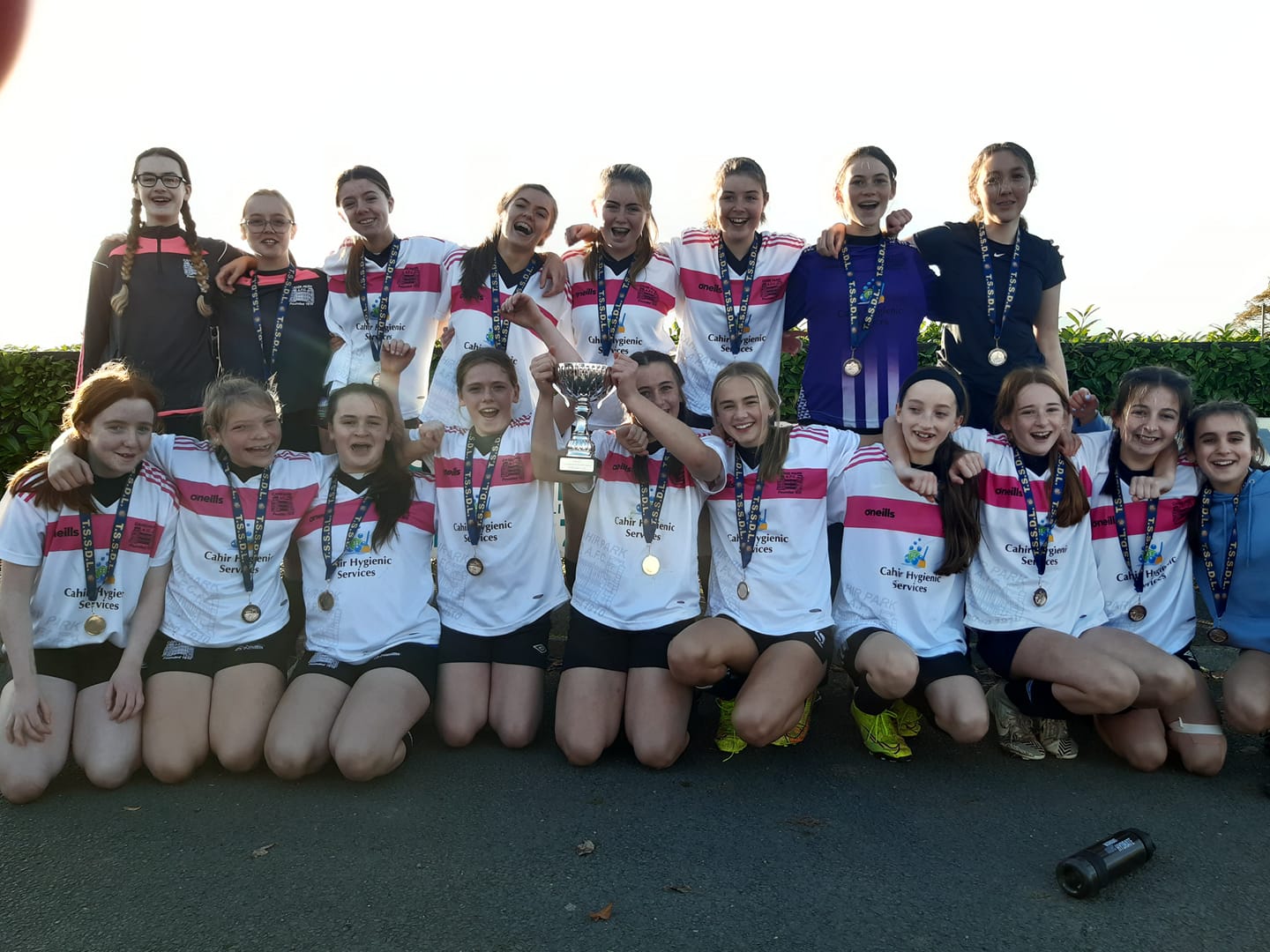 Gaelic for Mothers & Others in Cahir
September 07 2021

Tell Me A Story at Cahir Farmer's Market

Cars And Coffee In Aid Of Dream For Dann