The efforts of individuals, families and community groups across Ireland in ensuring the preservation, protection and promotion of Ireland's built, natural and cultural heritage have been recognised this week at the National Heritage Awards, hosted by the Heritage Council.

Winners, including three winners from County Tipperary, were announced at a virtual ceremony presented by RTÉ broadcaster, Anne Cassin and attended by Minister of State for the Minister for Heritage and Electoral Reform, Malcolm Noonan TD.

The National Heritage Awards were expanded this year to include a Wild Child Award, sponsored by the Department of Children, Equality, Disability, Integration and Youth. This is awarded to the project that most successfully encouraged children and families to explore the heritage in their locality.

Projects were assessed on the basis of their local reach and community engagement, approach to awareness-raising, use of resources to inform their work, and the level to which they involved different age groups.

Other categories comprised: The Heritage Hero Award; Heritage Newcomers; Heritage Sharing; Heritage for All Ages; and the Water Heritage Award. A special award was also presented to the most successful heritage project from each county. The Water Heritage Award 2021 is sponsored by the Local Authority Waters Programme (LAWPRO) and is awarded to the project that best explored how a canal, river, lake or the sea shapes heritage in a locality.

Tipperary's Cahir Women's History Group was the winner of Sharing Heritage Award. Its project ‘The daughters of Dún Iascaigh historical walking tour' celebrated the contribution women have made to Cahir over the centuries through the surprise, overnight installation of 24 temporary plaques throughout the town and the development of a new walking tour, available via an online map.

The Water Heritage Award, sponsored by the Local Authority Waters Programme - LAWPRO, was awarded to Suircan Community Forum from Clonmel. Suircan Community Forum through its heritage project ‘Citizen scientists water sampling project on the River Suir' recruited up to 30 volunteers to undertake training in water sampling with a view to taking samples at key points along the River Suir and its tributaries. The samples will be tested to establish water quality. The organiser believes the river is under-valued and its aim is to highlight water quality and its effect on river health.

The National Heritage Awards County Award recognised the most successful project in each local authority across the island, with Slieveardagh Mining Interest Group, Virtual Old School Mining Museum claiming the prize in County Tipperary. Its project, ‘Virtual Field Trip of the Slieveardagh Coalfield', focused on guided tours of the now abandoned mining sites around Slieveardagh Hills.

Commenting, Minister of State for the Minister for Heritage and Electoral Reform, Malcolm Noonan TD, said: “I am delighted to be able to attend the annual National Heritage Awards and celebrate the efforts of the awardees in ensuring the realisation of the promotion, preservation and conservation of our heritage. I am particularly encouraged by many of the awarded projects' use of modern technologies to communicate and record our heritage at a local level. This makes their work, and our shared heritage, more accessible to new audiences.”

Referring to the increased funding allocation for the Heritage Council announced in last week's budget Minister Noonan continued, “I was delighted to secure additional funding for heritage in the recent budget, including a significant increase for the Heritage Council, which will bring their total allocation from my Department, for 2022, to over €12m. This will put it in a position to increase its grants schemes and further support those communities and organisations who care for our heritage.”

Chief Executive of the Heritage Council, Virginia Teehan added: “This year, as part of National Heritage Week, the Heritage Council invited heritage enthusiasts to ‘open the door to heritage' and think about how as many people as possible could be included in their activities. The result has been a huge volume and variety of heritage activities being organised. This success reflects the dedication of individuals and communities, many of whom are being recognised today at the National Heritage Awards, to capture, celebrate and share Ireland's rich and varied heritage. ‘Heritage Hero', Patrick Boner, is one such individual whose work in west Donegal has led to a greater understanding and appreciation of the heritage in that particular area.

“On behalf of everyone at the Heritage Council, I offer sincere congratulations to not only the winning and shortlisted groups and organisations, but to all those whose who were involved in the organisation of National Heritage Week activities and considered for an award.”

More information on the National Heritage Week is available at www.heritageweek.ie. 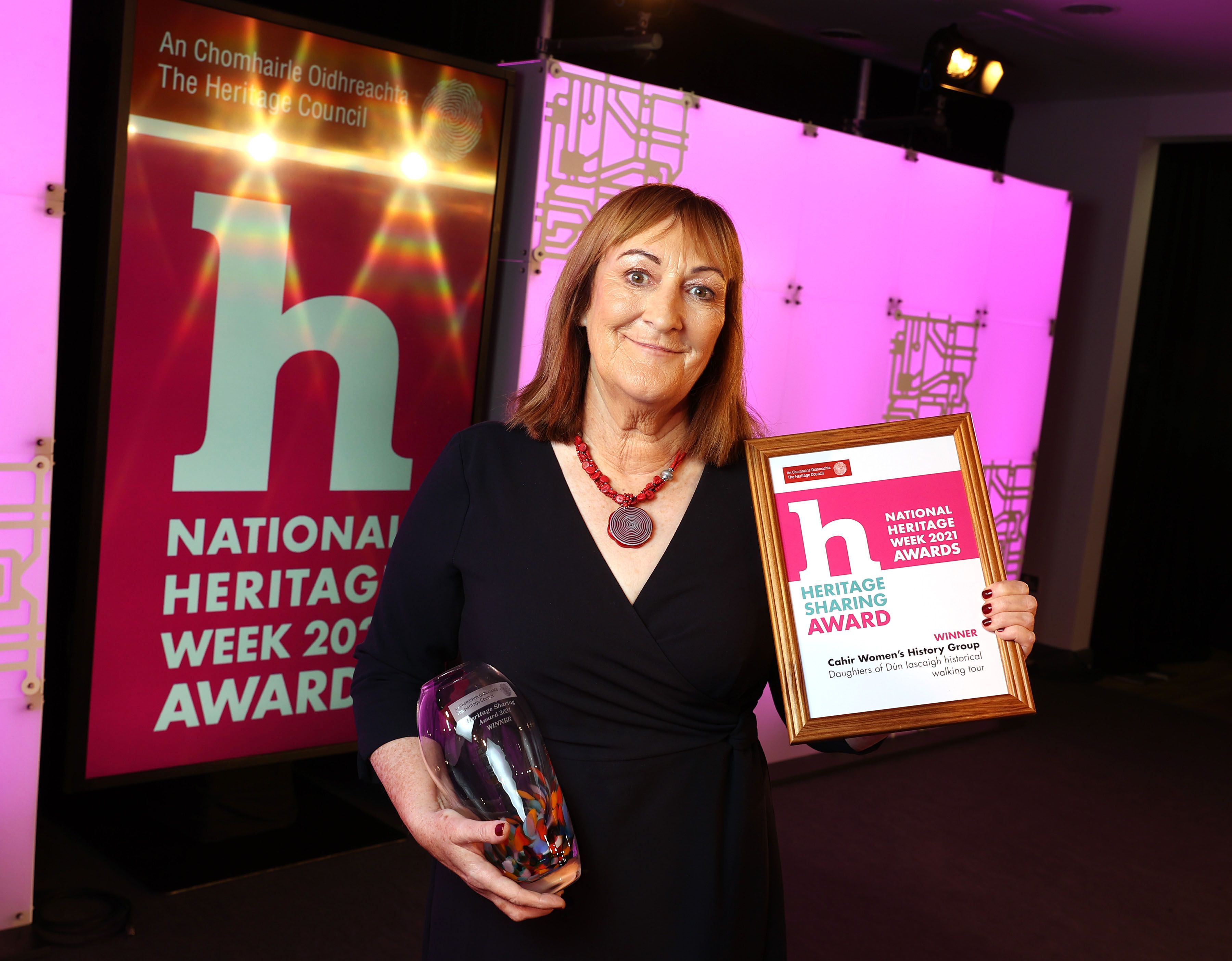 Bike4Life Around the World on World Suic
August 25 2021

X8 Expressway Service To Be Replaced by
August 19 2021

Tell Me A Story at Cahir Farmer's Market

Cars And Coffee In Aid Of Dream For Dann