Our country's town centres, from Cashel to Dunmanway, will be further hollowed as fewer people travel to town with no bank branch, according to the Rural Independent Group TDs.

“The closing of 88 Bank of Ireland branches across the State represents a significant blow to the  country; yet, the government, who hold a 12 per cent stake in the bank, have remained shamefully silent about this whittling away of rural services.”

“Today, bank branches serving communities for over a century are now closed. This will have a particularly dramatic impact on rural communities and towns nationwide, including Tipperary where Cahir, Cashel and Templemore branches are no longer.”

“The government, which pumped almost €30 billion of taxpayers' money into Ireland's three largest banks during the financial crisis - Bank of Ireland receiving €4.7 billion, for example - have completely failed its duty of care to taxpayers and protection of customers' rights and access to banking services.”

“Since the announcement in March regarding closures, my colleagues and I have been calling on the government to intervene. Sadly, the government's failure to act means the doors of 88 branches are closed today.”

“These closures will have a profound impact on elderly customers, many of whom are not comfortable with online transactions and prefer in-person banking. Such customers have been disappointed by the bank, the government and the Central Bank as regulator.”

“This episode again illustrates a governmental weakness in oversight and regulation, despite a significant shareholding position in the bank.”

“For over a century, bank branches have been a pillar business in rural towns; their departure will cast a gloomy cloud over struggling areas that have lost other once-thriving businesses and services. In fact, the closures are effectively another nail in the coffin of rural and small-town Ireland - local banks provide footfall in towns which other businesses rely on - now more than ever.”

“Bank of Ireland has justified the closure of more than a third of its branches by the dramatic shift to online transactions, which increased before the pandemic. However, this rationale proves inadequate, as many people still prefer human contact and to conduct business transactions with a friendly and trusted face.”

“The bank's decision to close these branches means the abandonment of physical person-to-person business in large areas of the State, which, in turn, translates to rural towns being disproportionately hit. It will also exacerbate the growing detachment of banks from their customers, leaving many susceptible to online financial abuse.”

“Before today's closures, rural constituents have been reporting increasing costs in accessing financial services. Equally, research suggests that rural households are less likely to use online banking and the internet to obtain financial information, meaning that branch closures have a multifaceted impact.”

“Local bank branches have served as important partners to small businesses, family farms, and families seeking to buy or refinance a home. Often, the only source of credit for rural consumers was their local bank. Today, that partnership has been forever changed for so many.”

“Crucially, many of the branches that are closing are landmark buildings in towns that are already blighted by dereliction and high vacancy rates.”

“Ireland needs a complete review of rural banking and access to essential services. The government are failing to advocate for rural communities when it is needed most,” concluded Deputy Mc Grath. 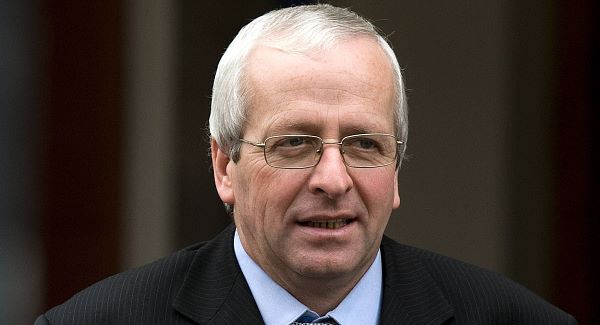 Join The Team at The Lazy Bean Cafe

Ballybingo is returning 16th of October

Gaelic for Mothers & Others in Cahir