Home   /  Sport  /  I have been approached by a few AFL clubs about going over, but it is not something that suits me at the minute – Tipperary’s Aishling Moloney

I have been approached by a few AFL clubs about going over, but it is not something that suits me at the minute – Tipperary’s Aishling Moloney

Photo by Stephen McCarthy/SportsfileReport By: DECLAN ROONEYWith two TG4 All-Ireland Intermediate medals in her pocket from a four-year inter-county career, Tipperary's Aishling Moloney wants to cement her county's place in the senior ranks in 2020.A stylish victory over Meath in the All-Ireland final was followed closely by Moloney being named Intermediate Player of the Year, but this year her main aims are targeted a little closer to home. The team goals of maintaining their place in the Lidl Division 1 and TG4 Senior Championship are clear, but it is the promotion of the ladies' game in the county that Moloney is focused on.She remembers Tipp's first home game after they gained promotion to the Senior Championship in 2018, when an estimated 2,000 people crammed into Arfinnan for a Munster championship game against Cork. And with the Rebels providing the opposition in their opening home game of the Lidl national league, Moloney wants to see the county out in force again at the start of February.“I remember that day we played Cork and we had about 2,000 at the game. It was massive for us. It attracted a massive crowd,” said 21-year-old Moloney.“Cork in general are great, and with it being our first match against one of the best teams that will ever play the game, that attracted the crowd. The hype has increased since then I hope we'll see a bigger crowd again when Cork come.“Even since I started playing there is definitely a massive difference, even in terms of younger girls in Tipperary. They are definitely more aware of what's going on and when we're playing games. It has come on an awful lot and that is due to TG4 and Lidl and for what they have done for Ladies football and the promotion that has been done.“We are getting big crowds at All-Ireland finals and semi-finals, but the attendance at some other games aren't hectic. I think more emphasis has to be put on it from the counties to encourage younger girls to go and support their own teams.“Women need to start supporting women too. You'll always see parents bringing younger girls and boys to the men's games but they rarely bring the young girls to the girls' games. For them it's great to have role models in both codes, men and women.”Lidl Division 2 champions in 2018, Tipp maintained their spot in the top flight last year, but this season the aim is for them to be competitive and win a few more games. They start off with an away game against All-Ireland champions Dublin, and despite the daunting challenge Moloney thinks her side will be competitive.“It's a test, they're All-Ireland champions but we can't really go at them half-hearted. We need to go at them and be the best we can.“Once we stay up in Division 1 and compete at that level this year I think we'll be satisfied. We are not really fearing those teams any more. We are a senior team now so we have to start stepping up to the mark a bit.“Maybe this year we have to do more than stay up. We just about scraped it last year, but if we can do a bit better we'll be fairly satisfied with ourselves.”The Cahir club player is in the third year of her Physical Education with Biology degree at DCU, and after captaining the college to O'Connor Cup glory in 2018, reclaiming that trophy from UL's grasp is one of her short-term targets.Due to her studies and her hunger to play for the county team, Moloney has swatted aside several approaches from AFL teams, but down the line she intends on trying the sport. Her education is top of the list for now.“Right now I'm enjoying college life and we'll see after that where the world is going to take me.“I have been approached by a few AFL clubs about going over, but it is not something that suits me at the minute in terms of college and the way Tipp are going. But I want to at some stage do a bit of travelling, see a bit of the world and maybe after that I'll think of heading over there.“The girls seem to pick up the skills fairly easily. They're all starting over there so it's a good sign that the standard of Ladies football can transfer into a professional sport.“But for me I enjoy working with kids and there is a massive deal now about obesity and mental health so I'd love to be able to play a role in all of that with younger children. I want to try to be an influence on them and lead them in the right direction.” 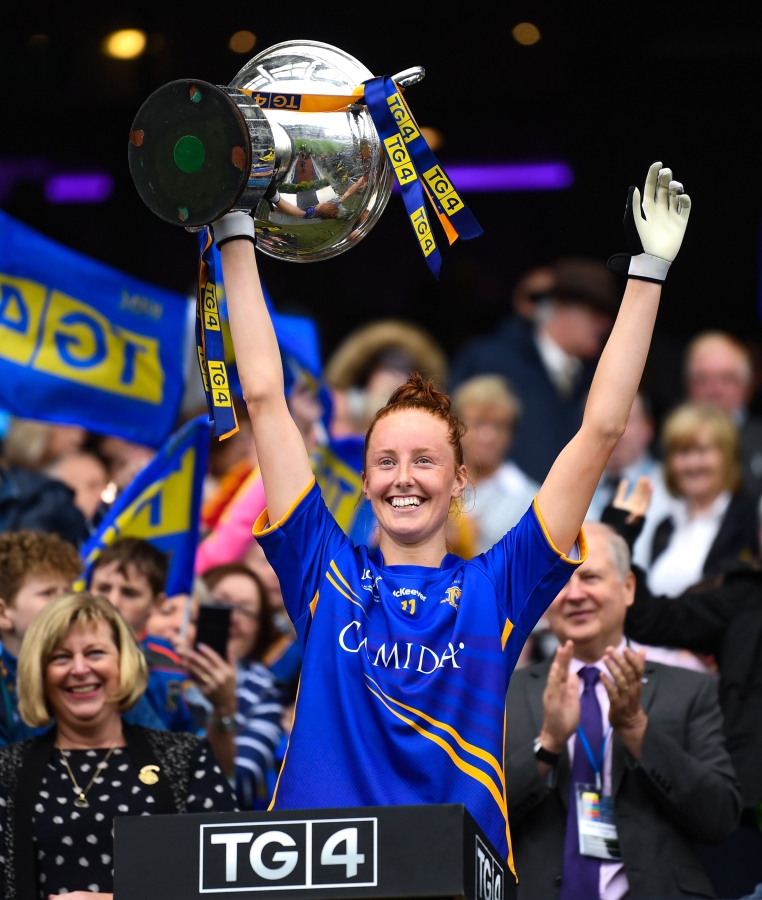 Get to Ardfinnan Sunday to Support the T
February 01 2020

Apprentices at ETB/SOLAS forced to accep

Your support is needed

Tipperary commence their Munster U20 Foo

Tipperary ladies battled their way past